A Simple Guide to Different Types of Whisky

By BrainSeptember 20, 2022No Comments3 Mins Read 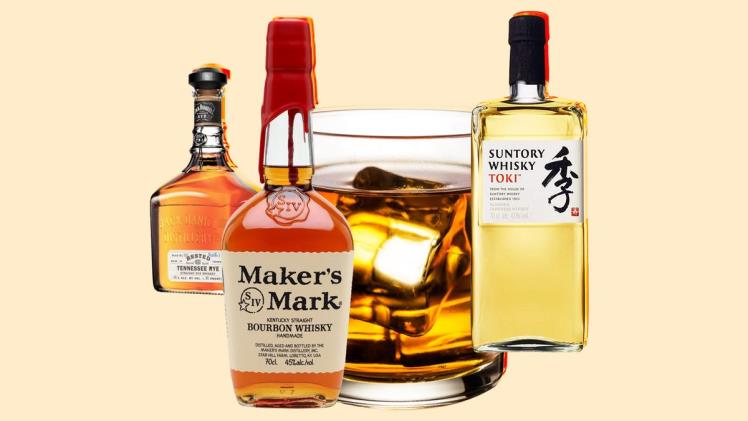 One must understand the fundamentals of whisky to become a true expert. The sheer types of whisky you get can be confusing when buying for the first time.

You must wonder what the difference between a Scotch whisky and an Irish Whiskey is. Or, what makes Japanese whisky unique? Or, what whiskey is the right choice for your mixed drink? Or, what is the go-to whisky you need for creating the best first impression on your guests?

No matter what type you want, you should know about different whiskies available to get a headstart. Below are the details.

First, it is better to clear the confusion. Whisk(e)y can be spelled with and without an e which can confuse even seasoned drinkers. But it is interesting to find out the story. The Irish used an ‘e’ in whiskey, which was carried over to the Americans, making it a part of their tradition. The Scots spell them without ‘e,’ and the distillers in Japan and Canada followed their lead. Hence, the spellings whisky and whiskey.

The types of whiskies that you need to know about are:

Irish whiskies are smoother than any other type of whiskies. They are made from a mash of malt and distilled using caramel colouring and water. The distillation of these whiskies is done in wooden casks for a minimum of 3 years. The result is a drink you can have neat, on the rocks or even use in a cocktail.

Scotch whiskies are made from either grain or malt. The Scots are very serious about the whiskey-making process, and there are rules and regulations that the distillers must follow.

The spirits for scotches are needed to be aged in oak barrels for a minimum of three years. Also, every bottle needs to have an age statement reflecting the youngest whiskey used in the blend. You must sip a scotch whisky neat to get its distinct peaty flavour.

Japanese have earned quite a name in the whisky industry, and their whisky is considered one of the finest in the world.

The distillation methodology of a Japanese whisky is similar to a Scotch whisky. However, Japanese whiskies are unique as the distillers don’t share stocks when producing a blend.

The distillation process is carried out in Japanese distilleries with different uses of yeast for fermentation, different stills and experiments with cask maturation to bring about innovation in whisky flavours.

You can get Japanese whiskies in blends and single malts and have them with soda or make a mixed drink with them.

Canadian whisky must also be barrel aged for three years, like Scotch. It is smoother and lighter than other whiskies as it has a high percentage of corn. Most Canadian whiskies are made from rye and corn, but some may also have barley or wheat.

Bourbon is an American whiskey made from corn. Any bourbon must be produced in America, and the spirits are made from 51 percent corn and aged in charred new oak barrels.

Tennessee whiskey is a variation of bourbon with a specific set of regulations. It must be made from 51-79 percent corn and should be filtered through maple charcoal chunks.

After learning about different types of whiskies, you probably can’t wait to try them. But whiskies are no fun when you don’t have the barware. So, get your glasses, ice pick, bitters bottles, strainer, mixing glass and muddler ready to have some swagger as you make your evening cocktail.

Is investing in stock franchises beneficial for the long-term?